A fight breaks out between 2 drivers on a busy road in New Cross, London – the car driver is black and the lorry driver is white.

Lorry driver is all pumped up to fight – throwing punches before the other driver gets out of his car. But it is the black man who eventually get outs and starts to defend that gets hate comments from Youtube watchers including, ‘beat that f**king nigger. Beat it until it understands its station in life.’ 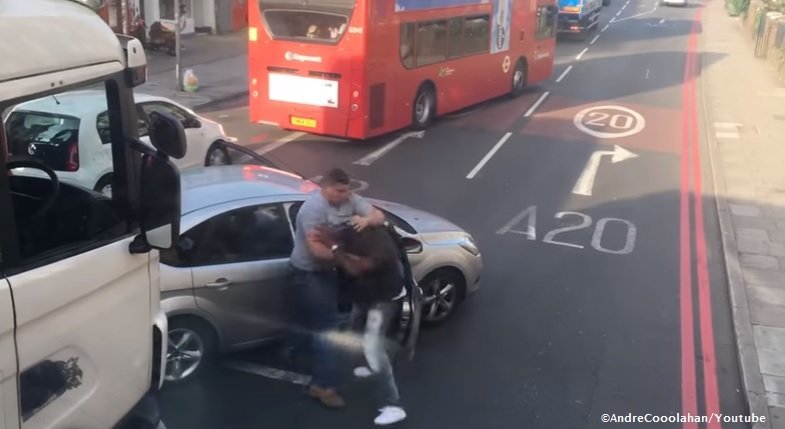