Santan Dave’s dad was deported to Nigeria despite having three children born in the UK.

In a cypher lyrics Blackbox TV, Dave aka David Orobosa Omoregie coded-ly revealed this about his family; “I never came from a broken home, the system came and broke my home”.

In an unearthed article by the Independent, Frank Omoregie – Dave’s father – sought refuge in the UK but was rejected by the Home Office then headed by Home Secretary, Jack Straw MP.

Frank’s story to the Independent was that he was a pastor from Benin City, Edo State, who was invited to the UK for missionary purpose by the Christ Gospel Church in Brixton, London.

SEE: How Santan Dave was saved from jail by momma

In 1989 at 29 years old Frank entered the country with his then wife, Juliet Doris – Santan Dave’s mum – on what he thought was a missionary visa but was in fact a 6 months visitor’s visa.

Had he been given a missionary visa Frank would have been able to live and work in the country for up to 24 months.

Supposedly not long after entering the country, his dad was killed by a cult in Nigeria and his brother dies soon after in mysterious circumstances.

This – the fear of persecution if sent back home – was his basis for seeking asylum along with his wife. It is unclear how soon after entry into the UK they pursued asylum.

Meanwhile Juliet became a nurse in her community, Frank was a pastoral caretaker for an English church before becoming a pastor himself and creating his own Pentecostal church.

They had two boys while 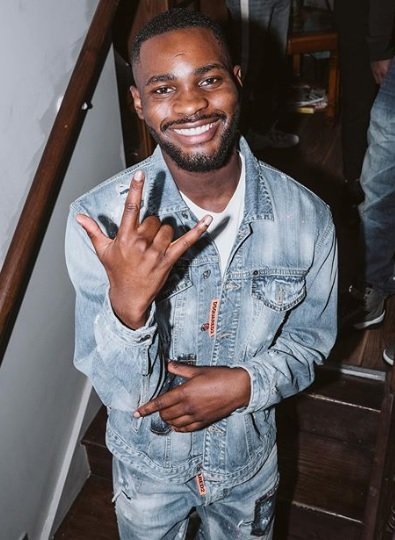 fighting asylum – Benjamin and Christopher – which helped secure Juliet’s chances of remaining in the UK to care for her British sons.

Frank though was rejected and served deportation papers in 1997.

He went public with his deportation fight and gained huge public support and campaign from the Independent newspaper, his local Brixton community and senior executives in the City.

Despite this, Frank was deported in October 1998. Santan Dave was just four months, Benjamin was eight and Chris was six as at the time.

Juliet Doris was left a single mother to care for three young boys. It would be some 11 years later Frank’s boys started getting into trouble.

READ The Independent: Rich and poor unite to fight expulsion of Nigerian priest
Share with friends