SteffLon Don and Dont Jealous Me comedian, Tolu are among stars pledging to lead a planned national anti-slavery march in London in support of the #saynotoslavery campaign. 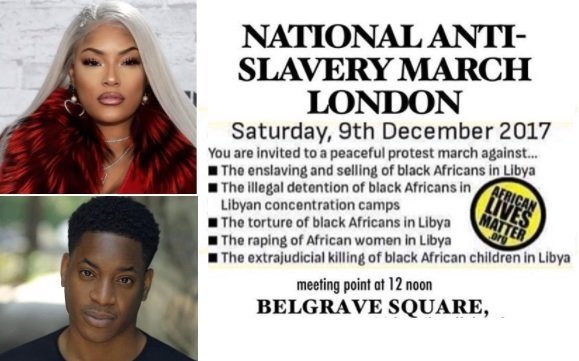 The march comes following a CNN video footage which confirmed rumours of black Africans being sold in Libya.

Nima Elbagir, a senior CNN international, goes undercover in Libya to verify this, and reveals 12 Niger-ians were sold at the auction she attended – referring to the people of Niger. In her words: “…they were referring to these human beings that they were selling as merchandise”.

Watch the video below 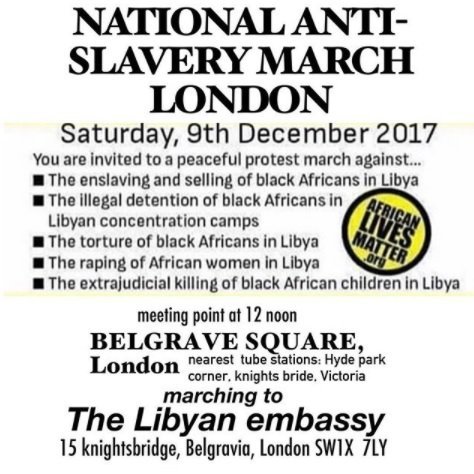 The footage has sparked worldwide public outcry, protests and petition for the freedom of black people in Libya. Nollywood actress, Georgina Onuhua broke down in tears on discovery the news, and Don Jazzy, DJ Cuppy, Banky W and hosts of Black American stars have also spoken out.

Many of these migrants travel to Libya in the hope of entering Europe, but end up sold because of prison over-crowding or to pay off smugglers.

Stefflon Don and comedian Tolu are inviting fans to meet them at the vent hosted by African Lives Matter.

Taking place on Saturday 9th December, meeting point will be at Belgrave Square at 2pm for the march to proceed to the Libyan Embassy.

Nigerian actress, Georgina Onuoha breaks down in tears on hearing the news of modern day slavery in libya