His Imperial Majesty, King Adeyeye Enitan Ogunwusi, is treasured beyond the Yorubas and Nigerians, as his recent visits to the US and UK showed.

He sits on the same pedestal as the UK Queen, his security detail is far higher than any Nigerian politicians’ and as traditional rulers go, he is not just any Oba (king), he is the Oonirisa – meaning a living god on earth. 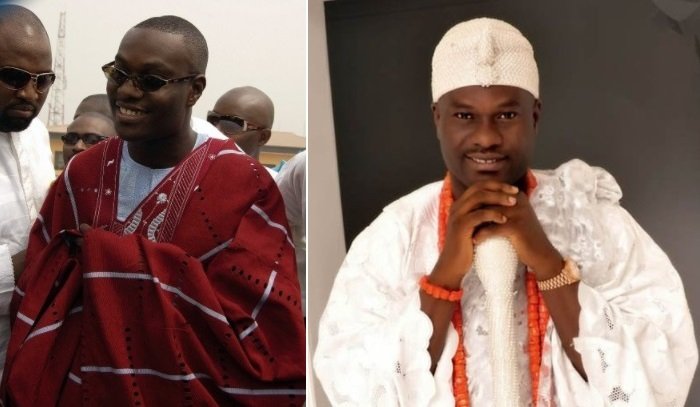 As far as living ‘gods’ go, his fascinating story depicts a different kind of Oba, perhaps, your modern-day King according to these revealing facts.

The king became a father in his late teens to Adeola – his only known child.

Adeola, 24, who calls her parents her best friends completed her studies in Nigeria before attending UK’s UCL and University of Manchester for undergraduate and postgraduate degrees.

2. No automatic qualification to the Kingship

Unlike British and Edo dynasties where hereditary kings are automatic by seniority, the Yorubas have a different and complicated process.

Sir Adeyeye fought his way to becoming the Ooni having been part of 21 royal heirs selected from four eligible custodial families that included various individual families such as the Aderemis, Ogunleyes, Sijuwades and Ogunwunsis.

As a requirement to be king, he had to show he possessed humility, generousity and integrity plus win the hearts of council chiefs in charge of selection before passing legalities in accordance with Nigeria’s chieftancy laws.

Though indigenous Kings are entitled to more than one wife, the Oonirisa has taken a one-man, one-wife approach to marriage.

In late 2007, the besotted Prince married his childhood friend, Adebukunola Bombata Ogunwusi, in front of family and friends in Nigeria.

As recent as July 2015 at Adeola’s graduation ceremony, Sir Adeyeye and his wife looked the picture of strength, only for cracks to start appearing months later with rumours family feud and humiliation as the prince contended for Kingship following the death of Oba Okunade Sijuwade.

By 2015, at his coronation, the Ooni is alleged to have started distancing himself from Bukunola plus the oracle Priest ordered a new wife must be married to fits his new status.

A potential woman said to have had the King on his knees started to emerge – Itohan Sonia Obahon, a two-time married Edo woman based in Dubai.

By 2016, Bukunola’s marriage was over and the new Oba married Itohan in her hometown, Benin City, changing her name to – Queen Wurola Zaynab-Otiti Ogunwusi – to suit her new Yoruba royal status .

18 months later, King Adeyeye and Queen Zaynab called time on their marriage with Zaynab subsequently dropping Ogunwusi – her marital name, and Wurola, the name passed on by the King in honour of his late mother who beared the same name.

4. At least one thing in common with ex-Queen

Desptie a short-lived marriage, the King and Queen are passionate about helping people.

Queen Zaynab is notable for strong involvement in domestic violence and child poverty campaigns, while the King used his property development expertise to offer affordable housing for middle to low income earners under the Essential Homes Initiative.

Wurola is said to have managed properties during in time in Dubai, and the King makes his fortune from real estate projects.

He is the founder of Gran Imperio real estate, a successful property management and construction company where his daughter was once an intern.