His Majesty, Oba Adeyeye Enitan Ogunwusi – Ooni of Ife is being hosted by top UK executives following his royal arrival to London on November 20th.

He arrived Birmingham on Friday, conversing with an English woman in Yoruba before meeting the Vice Chairman of Birmingham University and addressing students.

He was later entertained with a Yoruba-styled opera, before explaining cultural history to the Mayor of Birmingham, Anne Underwood.

Since his arrival, he has given speeches at the elite Bonham Auction, teaching auctioneers the significance of Yoruba art, and at the Institute of International Affairs, Chatham House – discussing traditional leaders in Nigeria and the importance of community participation.

The recently separated King has been attending events back to back since flying in from his USA tour.

He still scheduled to be at the Phoenix Newspaper Gala Dinner and Awards Presentation 2017 – where invited guests paid between £75 – £2500 to attend, and the International Trade, Investment & Tourism symposium.

His USA trip produced the infamous picture which showed a lady greeting the king in the traditional way. 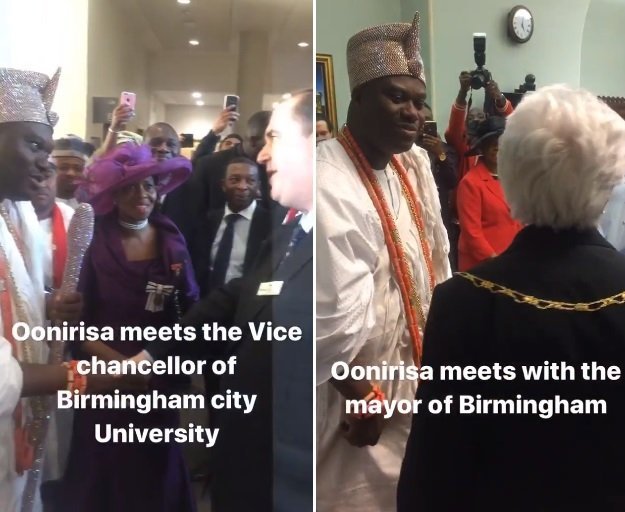