Back in June, during Nathaniel’s Olowogbogboro challenge, JJC had posted a “you will be called a mother by your beautiful miraculous twins” message prompting speculation of preganancy. While he explained those tweets back then, the emergence of these videos reaffirms those tweets. 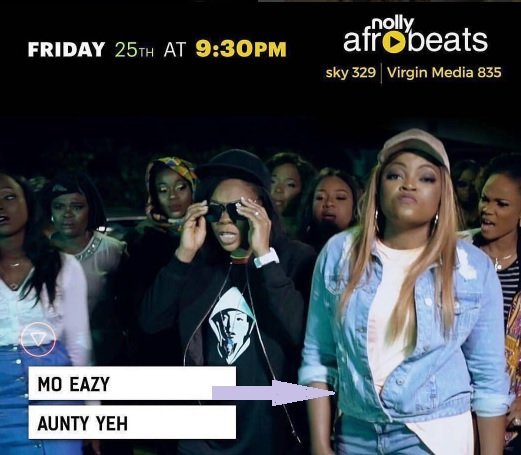 “How I met Funke Akindele”

40 year old, Abdul Rasheed Bello aka JJC Skillz have been romantically involved with Funke since 2013 – a year after her failed one year marriage to Adeola Oyelode – though they went public in 2016.

In a recent interview with Nigerian Tribune, JJC reveal more about life with his life.

How did you meet your wife?

She wanted someone to direct her TV series, then I was about to embark on recording the JJC album then. Her sister introduced us, because she knew I was into music video directing. So, when I met her, she told me she did a movie sometime ago and would like to turn it into a TV series. We started working together and preparing for the shoot, then one thing led to another. Here we are today, the rest is history. We just clicked.

Well, I would say so, because first time I saw her, I was wowed. She also told me the same thing. We tried to keep the whole work as professional as possible but along the line, emotions ran high.

How was the proposal? Bank W’s style?

[Laughs] I’m a romantic person, so I gave her a dose of it. It wasn’t in an open place, because only very few people knew at then.So, that very day, she came home to meet flowers, candles everywhere; quite a romantic set up. When she saw it, she had no choice than to say ‘Yes’.

What were the qualities you saw in her that made you know she is the one?

Ask every single man that is married, they will tell you the same thing. It is the same qualities that everybody wants.

So what are those qualities?

To be honest, I do not want to talk about my personal life. My wife is my baby and I cherish her a lot. If I start giving you all the secrets, people may want to snatch her from me.

Even if you do not tell us all, just give us a sneak peek…

The truth is I work really hard all the time, and a lot of the people I dated in the past used to complain that I did not devote time to them. But now, I have found my better-half who works as hard as I do, so it is a perfect combination, and the world is in trouble because we are the perfect team. As I am playing music, she is making me laugh. We have the perfect synergy, and what we are working on right now will blow people’s minds away. And I want to advise people in the entertainment industry to go and look for their better-half within the same industry, because it will give you more focus and direction.

You are both celebrities, in the media eyes, how do you succeed in maintaining your private life?

Private life, work life, we take it all one day at a time. We don’t worry about outsiders and what they would think, we just do what pleases us. Every single day, we say our prayers and talk about how the day would go. It’s quite a unique and complimentary relationship and I’m enjoying every bit of it.

As busy as you have described your wife and as budding as your skills are in cooking, how does your wife still have time to cook for you? Or doesn’t she?

Why not? Yes, she does. It is said that the best way to a man’s heart is through his stomach. Definitely, she cooks amazingly, but I told her to stop, so she can get enough rest. Most times, she would insist, because she wants to take care of her man. But I always insist, as we now have chefs.

Was it her cooking skillz that attracted you to her?

My wife is a fantastic cook, she’s an amazing woman. Everything about her attracted me to her. It’s not only one thing that attracts a man to a woman, but definitely, the cooking is a plus and my wife has it all. I would want to eat her meals for the rest of my life.

So, how does it feel being married to a popular actress?

To be honest, I lived the better part of my life in the UK, so I didn’t really know who Funke Akindele was. When I met her, I just met someone that wanted a director for her TV show; Jenifa’s Diary. That was in 2013. We have been going on for a long time, people just found out in 2016. We were very low keyed, because we are two popular people in the entertainment industry. We had to protect our privacy.

During the Hallelujah Challenge, you received a prophecy of a twin birth. Are you expectant?

Yes. Soon! God’s time is the best. We are working on it.

How did your kids accept their new step mum?

Well, before we got married in London, we all had a good relationship here in Nigeria. The kids were always seeing this beautiful woman around daddy, and she always makes him happy. They might be away and in different continents, but they are part of our daily activities. She is also very close to them, they met her digital first. They didn’t know she is an actress then, because in the UK, they hardly watch Nigerian movies, but they love her so much. They all love each other. It’s a perfect blend.