Wonders shall never end, and this wonder shall not be complained of.

Today, 22nd August 2017 is World Jollof Rice Day. First celebrated in 2015 by an unknown originator, calls continue for the UN to make the day office since millions of people consume the signature dish. 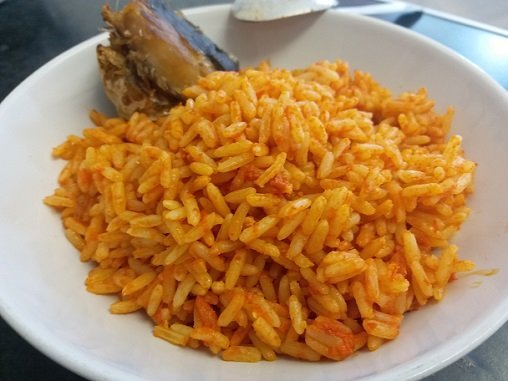 Even the BBC has it own recipe, Jamie Oliver – the renowned British Chef – recognised and created his own recipe – it did not go down well.

In honour of this beautiful delicacy’s day, lets find out where Jollof originated from, which countries make them and is it Jellof or Jollof?

Jellof can supposedly be traced back to a Jolof Empire once situated in the Senegambian (Senegal/Gambia region). Which was also called Benachin.

The American Food and agriculture historian James C. McCann claimed this theory was plausible the popularity of rice in the upper Niger valley.

They are mainly of the Western African region

Is it Jellof or Jollof?

Over time, food has transcend into being called jellof and the pronunciation often sounds like it, it is jollof.

Missed out a country? Get in touch onenigerianbritico@gmail.com
Want to feature here? Please get in touch