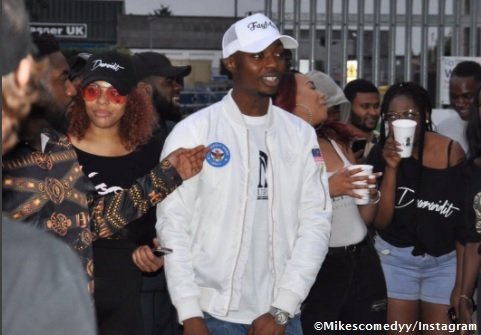 5 things we did not know about Mikes Comedyy

Mikes Comedyy, stage name Mike Olaribigbe is a 24 year old Yoruba guy who came into the ‘comedy’ limelight in 2012 – though he made headlines in previous years for other reasons.

Like Dapaah, Mike came out in popularity via social media – in particular snapchat –  with his Pampana Dilemma series.

He gained a lot of fans leading to spots on popular urban youth platforms GRM Daily and LinkUp TV, and has since increased his Instagram fan base to over 100k.

Mike ran a Jeremy Kyle style show called ‘Drama on Endz’ as part of his ‘Pampana’ series. It is unclear what it means.

The show attracted fan as he helped solve issues faced by youth guests.

Off the back of this, he signed a deal with Multi Talent Records, released a Pampana track as well as going on to release other projects through a Youtube channel of the same name.

Mike continually gets threats for allegedly snitching on his own people in the murder case of a 15 year old boy.

2 years ago, the gifted rapper, Santan Dave sternly warned Mike “I am gonna get you down” in a track for putting his brother in jail, and just last year a video video surfaced of Mike bean beaten by a gang.

In 2010, around 19 boys (including Mike) and one girl chased Sofyen Belamouadden into Victoria station ticket hall during an early morning rush hour.

Mike and 3 others pleaded guilty to violent disorder, and though they were all sentenced, Mike was the only person not to serve jail time.

It was alleged Mike got away with no jail time because he testified and revealed information on the boys.

Mike has continually denied this plus there are no evidence of snitching (at least online).