Popularly known for exposing the real state of poor people in Benin City, Edo State and helping them, Dion Osagie has landed in London to promote his work. Dion, a 2019 Governor aspirant has gained thousands of adoring fans worldwide captivated by his work often shown on Facebook live. His shows, including the most popular – ‘random act of kindness’ – has attracted praises and prayers from Diasporans, sometimes turning viewers into financial supporters.

His popularity encouraged this tour which has already seen him visit Spain and Italy.

Once a Texas based car dealer mingling with Nigerian celebrities, Dion has grown from obscurity to a celebrity.  He often show and update followers on what it is really like for living in Edo state through the eyes of predominantly impoverished people.

He encourages followers to assist ‘his’ people through donations of money and gifts, using the same platform to announce his candidacy for the 2019 Edo State Governor Elections.

Hosted by Adesuwa Aghayere, Dion will be touring the UK starting at St Adjan’s Church in Leeds on 28th July, Manchester on 30th at Root restaurant, ending with meet and greet at Burgess park on 6th August 2017. All shows will start from 6pm.

See poster below for details. 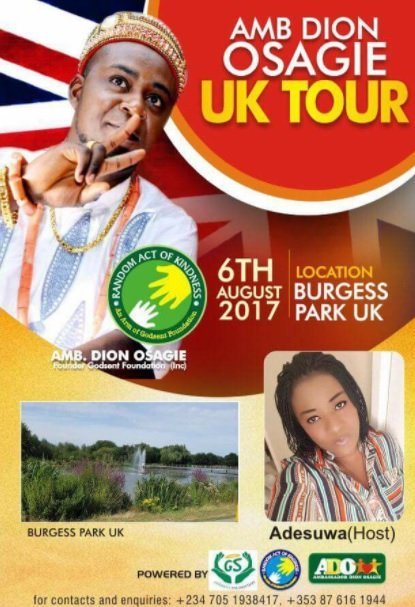 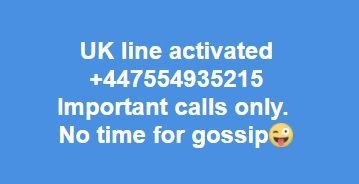