She was making waves in the natural hair scene for her YouTube tutorials on natural hairstyles.

Her world changed completely after being diagnosed with Sarcoma, dying on June 27th this year at a nursing home in Westmont, Ill. Her mother revealed she died of brain cancer. 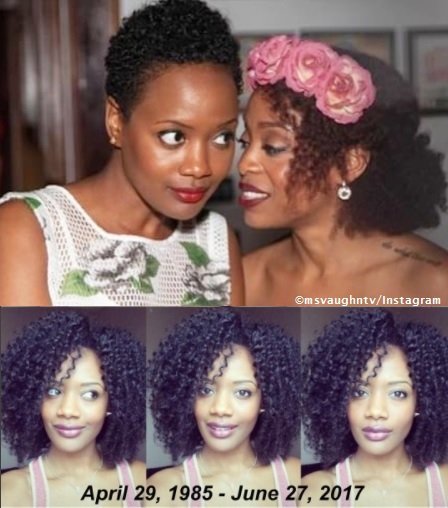 Meechy started her first YouTube hair tutorials and product reviews in 2010, attracting millions of views and thousands on followers. Along with her sister, Vaughn Colquitt – also a YouTubber, they created the Monroe Sisters, giving advice to many fans on natural hair and not long after, endorsements came streaming in.

In 2014, Meechy suffered multiple mild strokes which affected her language delivery and loss of intelligence. In the process of surgery, a tumour was discovered and she received the diagnosis of sarcoma – a rare form of vascular cancerous tumour.

A second surgery was performed and Meechy was in remission undergoing chemotherapy treatments in 2015.

Meechy whose real name was Tameka Moore, was loved in death as in life as tributes poured into her Instagram page as well as her sister’s page who wrote: “I am broken. Rest up sis.”

I am broken. Rest up sis.