» Weddings » Why wait! East Londoner Hannah weds Olu within a year of courtship

They were friends for 9 years before becoming romantically involved in July 2016. By October they were engaged and 6 months later in March, 3 weddings were underway. 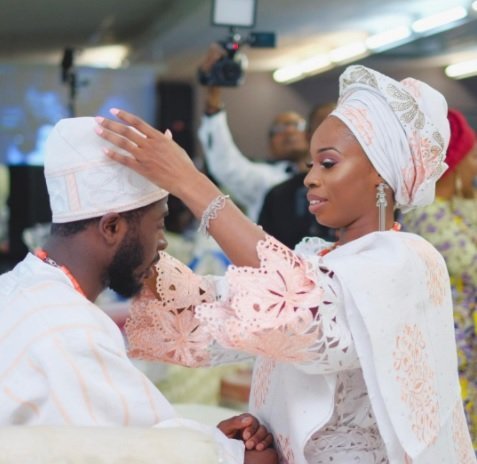 Before embarking on the weddings, the bride was graced with a well planned all white bridal party in February, where games included Guess The Memory (the bride’s friends share a memory and the bride guesses which friend) and how well do you know your fiance.

Fast forward to March and the wedding was in full swing starting with the court, then the traditional wedding which took place at Barking’s the Discovery Centre and the white at Surrey’s North Brook Park.

The event looked fun and beautiful because as pointed out by Hannah, a wedding coordinator – JB Wedding planners – made it all go smoothly. While the bride was dressed by Sarah Boadu, the bridal train wore gold themed attire (ladies) by Torela Designs and white kaftan (gents) for the traditional occasion, and with a peach theme and suits for the white wedding.

Following their wedding, Hannah dropped a YouTube video on her life as a married woman! 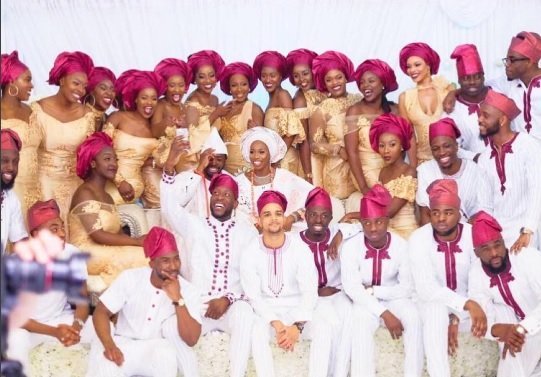 One thought on “Why wait! East Londoner Hannah weds Olu within a year of courtship”