They have just wrapped up the sequel to award winning movie, The Wedding Party (TWP), so what better way to take a break than to get a helicopter then a boat ride to F1’s Monaco Grand Prix. Mo Abudu – TWP’s executive producer – and Richard Mofe Damijo along with Don Jazzy enjoyed a glitzy weekend in Monaco arriving by helicopter, later being taxied off in a boat to watch the race won by Sebastian Vettel.

The stars shared their getaway with Indian superstars- Sophie Choudry and Rannvijay Singha – flaunting their new found friendship on Instagram. Although the same could not be said for Sophie and Rannvijay who only posted photos of themselves to their respective 1 million plus followers.

Both country’s stars were being treated to the high life by Whisky brand, Johnnie Walker. 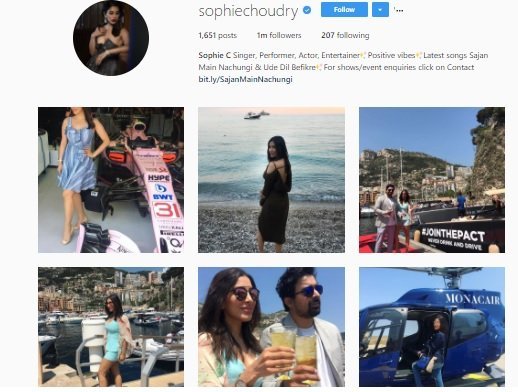