» Celebs » Bisi Alimi shows off her face, her heels and that one popular American friend

The Nigerian gay and HIV activist could not contain his excitement at being part of an upcoming TV drama. He made the announcement with a fully made up face – supposedly for the part. 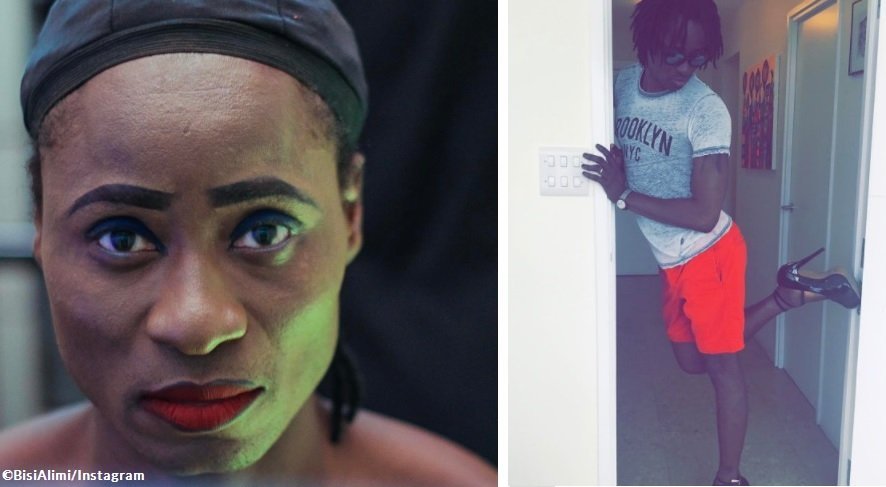 It would seems that he loved his makeover as he attended the LGBT awards with another full on makeup.

Or he was have been inspired by his good friend – transgender, Caitlyn Jenner, whom he made an appearance with at the event but also had private dinner with earlier on.