Warning! Warning! Horrific pictures of the dead outside after the cut.

An FB user Sochima thought he was having a bad day until he witnessed a director shot dead as he drove with his wife and kid along Siluko road, Benin City.

Read his story below: He added what the killers did before tracing him to Siluko road:

Last heard was his son was taken to hospital with the mother, but it remains unclear if the dead man was a director at Etisalat. 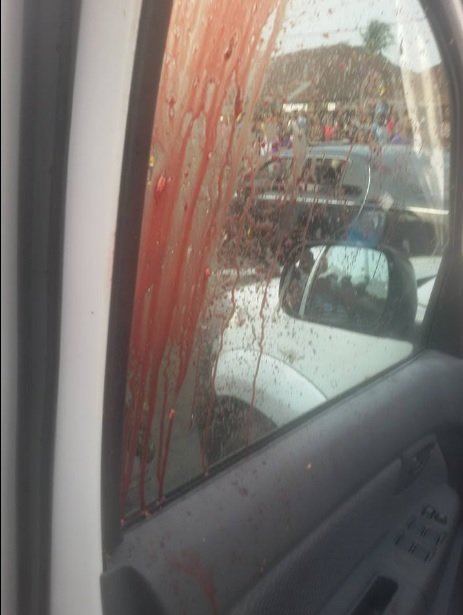