» Naija » Them no gree leave Mr. President alone: Obituary posters are out

The rumours continue to swirl upon all the pictures alleging our President, Mr Mmuhammadu Buhari is alive. Some people still refuse to believe this with obituary posters entering circulation.

Suposedly na so dem take fool people in relation to the last president – Umaru Musa Yar’Adua – who died in office. 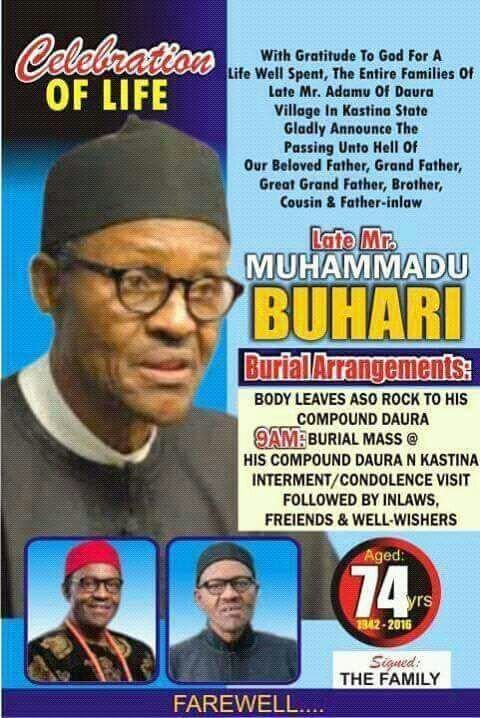 On 27th January a lady posted picture of Mr President with guests in his suite with the message:  “Photo of PMB today. May Allah forgive those who claimed that he was on life support machine at Kings College Hospital. Baba dariji won nitori won o mo oun ti won nse (someone translate).” 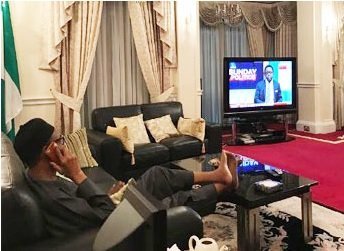 Days before that a photo of the president chillaxing also came out. The living room and its contents bears striking resemblances  in both pictures which suggests these are of the same period although not definitive of when it was taken.

Rumours will likely continue until Mr.Buhari’s 10-day holiday is over in February and he is seen in flesh and blood