Sadly, Its back to the drawing board for King Emere Godwin Bebe Okpabi and 40,000 supporters who were hoping to win their case against Shell in London.

Mr Okpabi with the backing of 40,000 supporters took Shell UK to court in 2016 for oil spills that have caused deaths, illness and poverty in the Deltan region of Bille.

The court ruled that Okpabi and the Deltan community cannot sue because Shell UK is a parent company to Naija-baed Shell Petroleum Development Company (SPDC), and must go back home to sue SPDC.

The argument is that if they win, it could open floods of cases from anywhere around the world coming to sue companies in the UK – a bad precedent to set. 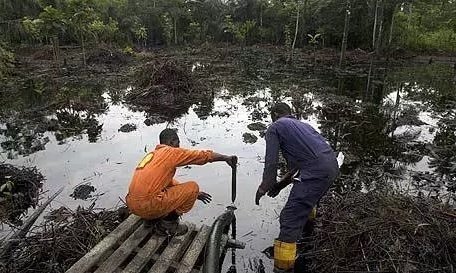 There is little hope as the case has gone to appeals court although the likelihood of winning is small and any aim to successfully take SPDC to court in Nigeria next to nil.

But we await the verdict…