Banky W posted an instagram photo/video letting us know that he had just atended his first wedding since his highly-successful movie – The Wedding Party.

He was talking about the grand wedding of no other than the Esama of Benin, Chief Igbinedion’s granddaughter – Ewemade Igbinedion.

Ewemade, 25, who only recently completed the traditional wedding and customs according to the Benin Kingdom, came out in grand style in Lagos for her white wedding to Ganiu Abidemi Kuteyi. Ganiu is one of sons/grand sons-in-law who do not originate from Benin with the other being Orobosa’s husband Umar Ibrahim-Mantu, the son of Ibrahim Mantu – the former Deputy Senate President from Plateau state and Wasiri of peer.

Orobosa, 28, the daughter of Lady Cherry married Umar back in October in an amazingly beautiful British couture designers Ralph and Russo dress. Wow! ???

These celebration are part of the string of parties the Igbinedions have been enjoying within the last year including the marked birthday of the Chief at 82 and Lady Cherry’s birthday back in April. 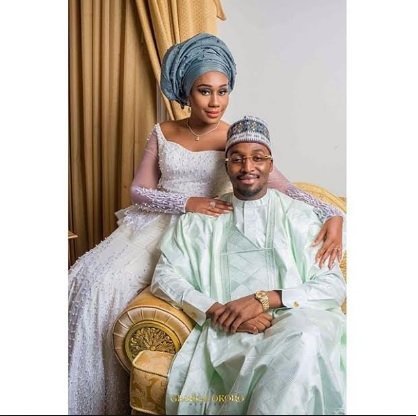