Ibori, 59, don come out of jail to fresh air and jubilation from people abroad and back home.

He may soon start to regret why he did not stay in his ‘comfortable’ cell. The EFCC are still on his case. 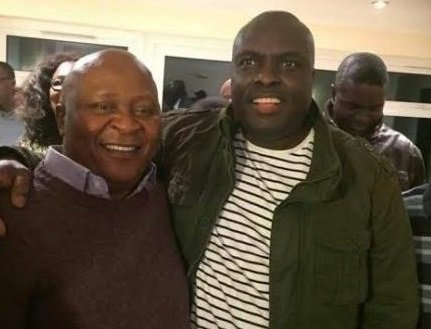 Since 2007, EFCC having been trying to nail this man accused of embezzling an estimated N40 billion (approx. £215 million).

In 2010, the ex-governor of Delta State, ran to Dubai allegedly claiming political asylum. It was on this run UK authorities caught and arrested him with help from Nigeria.

Why he was jeje serving his sentence, EFCC was planning for him  – “A three-man panel of justices at the Benin Division of the Court of Appeal on May 15, 2014 ruled that the ex- governor has a case to answer. With this judgment, the coast is clear for Ibori to face further trial in Nigeria upon the completion of his jail term in London.” (Wikipedia)

Now he is out – despite Home Office’s sneaky attempt to block their agreed deportation after completing half his sentence – he prefers to go back home…into the hands of EFCC.

Since he admitted guilt to all 10 counts of money laundering and conspiracy to defraud in UK, Ibori might as well prepare to tell Nigeria: “abeg as I dey come down from plane, just throw me for jail”

That’s only if he gets deported or if the EFCC are serious at all.

For now, Pa Ibori, miguor sir, welcome to your freedom.

Enjoy the luxury at St John’s Wood while you can…