Getting to understand or start to change your life to blend with your partner’s lifestyle for the sake of marriage is itself a challenge.

Talkless of inlaws coming to add their bodies, maggi, salt and all instead of being the wise old mediators that they should be. Why all this?

Amir Khan – the boxing champion who represents Great Britain but is of Pakistani descent – recently vented his frustation at his family and wife through social media, for posting their drama on social media ?: All this came because Faryal, Amir’s wife claimed, in early December, through snapchat that she was being bullied by her inlaws: 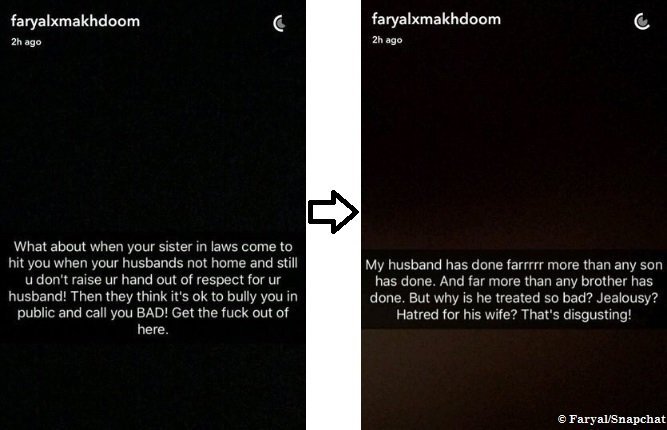 Her inlaws then use an interview to defend themselves – they confirm they have been pressurising her on how she dresses – which by the way, is very descent if you live in the United kingdom.

To sum up what they said:

Faryal takes it one step further by posting some more snapchats:

Before posting the message at the top, Amir showed support for his wife and embarassed all of them.

This boy has either been raise well or will kill for his wife (or both), unlike some men that will jump to their mama and papa defence

Mummy and daddy, miguor (greetings), we are in the 21st century now, please free the girl make marriage last small.?