» Naija » World » Pidgin english, Igbo and Yoruba to be introduced by the BBC in 2017

The BBC will add Pidgin English, Igbo and Yoruba as part of the 11 new languages to be introduced to their World Service programmes in 2017.

Click link below image ⬇⬇ to watch the introductory video. 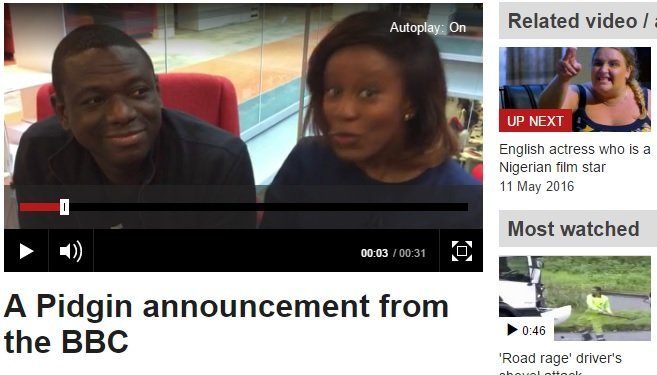 Read: A Pidgin announcement from the BBC

Some interesting facts about Pidgin. Did you know:

➡ Words like sabi (know how to) and pikin (child) come from Portuguese’s saber (to know) and pequeno (small) which came about when their ships bought and sold slaves from our city ?❤? – the Bight of Benin