Have you heard the song Softwork? Goodness me!

Person be dey try bring me up to speed with the latest tunes inside Nigeria. Them show me Soldier by Falz and Simi but na Soft catch my attention and need I say my static Samsung ringtone has swiftly been changed.

You will like this song if you like soft rap. The beat alone with that “mama look at how we made it” lyrics can make you fall in love quickly.

A month after upload, it had about 500,000 views, and now – two months later – 1 million more people have watched it, just to tell you this guy is talented.

Falz, 25, who has been in the Naija music scene since 2011 also acts comedy episodes and ‘buying car for one girl or the other’ seem to be a running theme which also features heavily in his Ello Bae track.

I remain curious about that accent, if that is his normal speaking voice.

His videos that I have seen on instagram, youtube and in Jenifa’s Diary involve the same accent, I guess this uniqueness is what has secured him over a million followers on instagram and thousands of youtube subscribers. 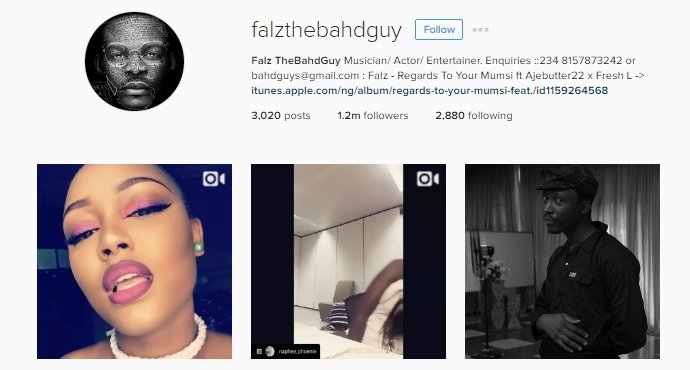 Many of his songs are not up to the million mark yet – but that may change pretty soon especially as Marry Me with Yemi Alade now has over 2 million views.

Speaking of Yemi Alade, the lady is making waves – having lunch with TreySongz and repping Nigeria in the Shell advert alongside other international stars including the Britico singer Pixie Lott.