Well technically, Patricia Bright is transparent and everything there is to know is on YouTube.

But, with seven hundred and fifty one videos uploaded so far, on her self-titled and Britpoplife channels, how many have you watched and how many of these did you know…

Many of us know 30 year old Patricia as the famous British Nigerian black YouTuber, but did you know she is of Delta Igbo heritage?

Fondly known as Onyebuchi – her Igbo name meaning ‘Who is greater than God?’ – Pat-O is also known by several other names including Theresa, given during the Nigerian traditional ritual of naming babies lots of ‘inspirational, successful’ names after birth.

SEE: How much black YouTube stars are making so far in 2017?

We often get to see Patricia’s younger sister, Maureen, 29, on her YouTube channel but did you know they also have two older half-siblings – a brother and sister – based in Nigeria.

It is unclear which parents’ side the siblings are from, as after them, Patricia’s parents came to the UK around ’80s, met one another and had the YouTube star and her sibling.

Plus a brief sad news revealed by Patricia was when her Dad was deported for over-staying his visa, and mum, Victoria, was left alone with two children in a Battersea council flat.

Fantastically, mum worked as a cleaner, nurse and hair-dresser, using the money to buy their council flat and fight for dad’s return to the UK after 5 years.

Their rags to riches story began after mum and dad started investing in properties, bought a huge house and mum has not worked a day in 12 years – now owning approximately 10 properties around the UK

Inspire us Bright-y: 3 cheers to networking!

Patricia got a – roughly £6k at the the time – technology internship with one of UK’s financial god-houses, Merrill Lynch, without meeting their UCAS requirement or studying a tech related subject! She 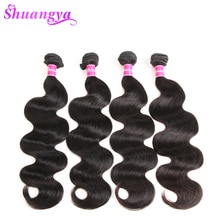 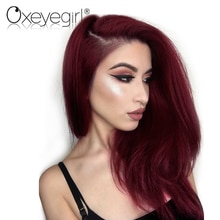 In several videos, Patricia lets us in on how she was initially studying International Fashion Marketing, then switched to Accounting and Finance at Manchester Metropolitan University seeing as she was good at Maths.

In her penultimate year, she applied for a women in technology networking event and secured a spot.

Check out the Global Investment Events and Network Group on Facebook

Standing out from other potential applicants chatting with bosses, Pat-O got a personal invite to apply for the internship.

She failed the maths element and was given another chance securing the role to become a full time employee on degree completion with a £30,000 yearly salary and 5k sign on bonus (aged 22).

As relationship journeys go, there were up and downs between the star and hubby, Michael, who was never keen to be on camera.

In her words ‘there were fights’.

The Michael, 31 we see now happily partaking in front our screens was persuaded with persistence to upgrade upgraded from being the behind the scenes photo and video-grapher.

Patricia has talked in several times on how she met Michael, 31 while still at uni and he was a Subway doorman, and seemed in danger, he grabbed her on his shoulder and ran away.

But did you know the couple broke up several times early on in their relationship?

At ages 19 and 21 when they met in Manchester, the couple were on and off, did a long distance relationship for around 2½ years while Bright moved to London and started working.

It wasn’t until South African born Michael, a physiotherapy moved to London that it all became serious, and Grace came along.