So, the verdict is out, fans have been taking sides and it looks like Remy Ma is winning with thousands of hilarious memes on social media shaming Nicki.

So far, there are over 2,000 #ShETHER hashtags on twitter and 1,000s more on Instagram – lots more being continously added. 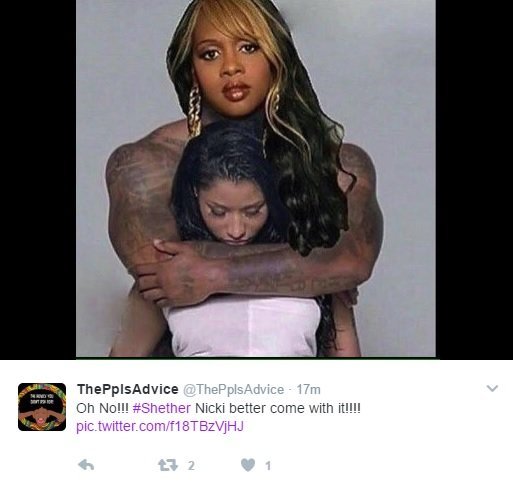 Only way #NickiMinaj can redeem herself and win this beef is to………. wait for it…….. release a sex tape with #papoose #shether

So many good ones, hard to choose but here are some of the best, Enjoy!

A prayer for @NICKIMINAJ pic.twitter.com/fQNkA9NfqM

@RealRemyMa I just listened to #Shether. When I was done, I wanted to apologize. You made me think I did something wrong. DAMN MY CHEST HURT